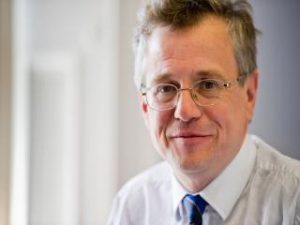 Murray Pittock’s Scotland: the Global History begins with the war over Bohemia that marked the first stage of the Thirty Years’ War. In this lecture, he examines Scottish participation in that conflict and its still misunderstood role in defining political change in the British Isles, before examining two major themes of Scotland’s European experience: the centrality of trade and access to empire. Scottish commanders, diplomats and merchants alike sought to enrich themselves, their families and networks and their country, by creating locations for Scottish control throughout Continental Europe, learning at the same time from what they found there, and also participating in overseas colonial and trading ventures as a substitute for the power Scotland could not exert itself. The lecture concludes by looking at two examples where the Continent influenced Scotland – in the practice of composite monarchy and the theory of sovereignty over the sea-and the influence on Europe of the Scottish brand through the inheritance, practice and texts of Scottish Romanticism.

Murray Pittock (MA D.Litt. Glasgow; D.Phil Oxford) is Bradley Professor and Pro Vice-Principal of the University of Glasgow. He has worked at the universities of Manchester (where he was the first professor of Scottish literature at an English university), Edinburgh, Oxford, Aberdeen and Strathclyde, and has held visiting appointments at the Centre for Advanced Welsh and Celtic Studies (2002), New York University (Visiting Professor of English, 2015); Charles University, Prague (Ministry of Education Visiting Professor in Languages, 2010), Trinity College, Dublin (Visiting Professor in English and History, 2008), Auburn (History and Equality and Diversity, 2006), Notre Dame (NEH seminar visiting scholar in Irish Studies, 2014), USC (Roy Lecturer in Scottish Studies, 2015) and Yale (Senior Warnock Fellow, 1998 and 2000-1). Murray is a Fellow of the Royal Society of Edinburgh, the English Association, the Royal Historical Society, the Royal Society of Arts and the Society of Antiquaries of Scotland among other bodies, and an honorary Fellow of the Association for Scottish Literary Studies.

Murray’s books are set on courses in English, History, Irish Studies, theology and politics in around twenty-five countries, and he has been awarded or shortlisted/nominated for a number of literary and historical prizes and prize lectureships. He is one of the few UK academics to be a prize lecturer of both the Royal Society of Edinburgh and the British Academy, and has acted as an external assessor for chairs and grants from the Ivy League to the Middle East. Murray is Scottish History Adviser to the National Trust for Scotland, has acted as adviser to the National Galleries and has held grants in English, History, Museology, Tourism and the creative economy. In 2014, he became the founding convenor of the International Association for the Study of Scottish Literatures, and remains chair of its Trustees.