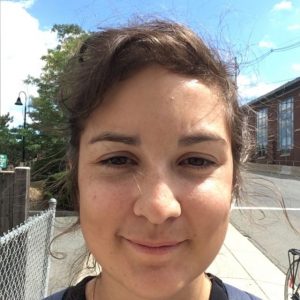 Michaela is a PhD student at the Department of Anglophone Literatures and Cultures. Being inspired by Barbara Ladd’s brilliant work, her dissertation focuses on the two iconic figures of the  U.S. Southern literature – Eudora Welty and William Faulkner. Entering in dialogue with Michel Foucault, the project intends to demonstrate how the two authorial figures were produced by the Southern order and how the production of gender, race, history and limits of authorial voice cannot be addressed separately. In other words, it argues that the canonical positions of the two authors were produced by the discourse of white supremacism, labor, and ownership of plantation economics. To examine these discursive forces and the limits to which the texts can transcend the clear-cut binaries, the project aims to explore how those two authors that were in the past given a prominent stance in the U.S. imagery can be re-cast when read side by side with African American authors (Richard Wright, Zora Neale Hurston, Jean Toomer, Charles Chesnutt, Toni Morrison, Jesmyn Ward) writing on the plantation and how this reading will in turn inform the comparison itself. In this contextualisation, the dissertation hopes to demonstrate how both Faulkner and Welty are produced by and grappling with the discourse of the Southern order and how their narratives are challenged when juxtaposed with alternative voices.

Michaela is interested in the U.S. Southern literature, modern U.S. literature, and gender studies. She spent a semester at the Université Sorbonne-Nouvelle Paris 3 (2014/2015) as a part of her MA studies in Anglophone literatures, thanks to the Erasmus program. As a part of her PhD studies, she spent 6 months (2016/2017) as a Fulbright-Masaryk visiting research scholar at Boston University. She interrupted her studies for over two academic years, working full time, and she resumed them in the fall of 2020. For both her BA and her MA thesis, she received the Mathesius Award that is given by the Department of Anglophone Literature and Cultures to the department students.

Speaker in the panel on New Welty Work in Progress at 28th Annual Conference on American Literature (2017) “Subversive Voices and Limits of Creativity: History, Gender, and Narrative Strategies in Eudora Welty’s Delta Wedding and William Faulkner’s As I Lay Dying”