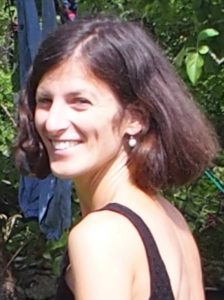 Ester Žantovská currently works as a theatre critic and a freelance translator. She is an editor of the Svět a divadlo theatre magazine, and she contributes to various Czech newspapers and web cultural magazines such as Artzóna or Aktuálně.cz. As a translator she specializes in film, prose (Anna Burns – Milkman, Shaun Tann – Tales from the Inner City) and predominantly drama. Her translations include works by Martin Crimp, David Mamet, Brian Friel, Mark O’Rowe, Tom Stoppard, Dennis Kelly, Laura Wade, Hadar Galron, David Finnigan and others, most of which have been staged in Czech theatres. Together with Hana Pavelková she edited and translated Talking to Terrorists: The Anthology of Contemporary Political Anglophone Drama (Brno: Větrné Mlýny, 2011). For the past ten years she has cooperated with various film festivals, such as the Karlovy Vary International Film Festival or Febiofest, as a translator of film subtitles.