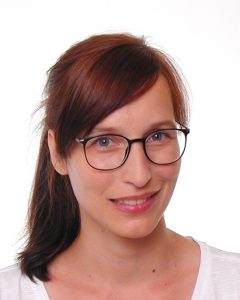 Hana Pavelková currently teaches at the Department of Economy and Management, University of Chemistry and Technology in Prague. In 2010-2020 she worked at the Masaryk Institute of Advanced Studies, Czech Technical University in Prague. She holds a PhD from the Department of Anglophone Literatures and Cultures, Charles University in Prague. Her PhD project was on Monologues in Contemporary Anglophone Theatre. Her main field of interest is contemporary Anglophone theatre and drama, and cultural reflections of Brexit. She also works as a translator and cooperates with literary magazine Plav, theatre magazines SAD (World and Theatre) and Modern Theatre, and theatres Dlouhá, ABC, and Na Jezerce. Her translations include David Ireland’s Cyprus Avenue (2018), Moira Buffini’s Handbagged (2013); Caryl Chruchill’s Seven Jewish Children (2009), Owen McCafferty’s Shoot the Crow (2008) and others. Together with Ester Žantovská she edited and translated Talking to Terrorists: The Anthology of Contemporary Political Anglophone Drama (Brno: Větrné Mlýny, 2011). She is also a co-editor and a contributor of The Politics of Irish Writing (Prague: The Centre for Irish Studies, 2010), Boundary Crossings (Prague: The Centre for Irish Studies, 2012), and Tradition and Modernity (Prague: The Centre for Irish Studies, 2014).