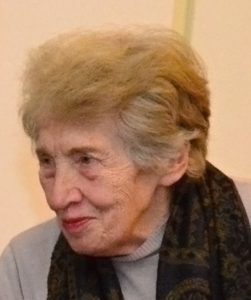 Eva Masnerová (2 August 1929, Hradec Králové – 30 April 2021) worked as editor at Odeon in 1952-1975, and later she joined the Department of Translation Studies at the Faculty of Arts, Charles University, where she became assistant professor in English and American literature in 1982. She published a number of studies and afterwords, especially on works of American literature. She became the chief editor of Slovník spisovatelů USA (A Dictionary of U.S. Writers, 1979) after the demise of Zdeněk Vančura. She was also an acclaimed translator (Jack London, Michael Ondaatje, and others).