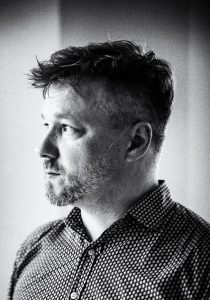 Petr Onufer studied English and Czech philology at the Faculty of Arts, Charles University, and at the University of Texas at Austin. He has taught at the Department of Anglophone Literatures and Cultures, CUFA, Prague, and at the Institute of English Studies, University of South Bohemia, České Budějovice, and currently works as editor at the Argo publishing house, where he runs the editions Anglo-American authors (AAA), Anglo-American poets (AAB), and Specula. His essays on literature have appeared in Revolver Revue, Souvislosti, and other literary magazines. He edited the anthology of 20th century American literary criticism Před potopou. In 2018, his monograph Obtížná balanc. Ke kánonu anglofonních literatur v českém kontextu was published by Karolinum.