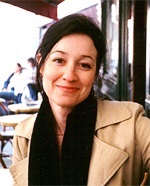 From 1998 to 2009 she was a member of the steering committee of the European Federation of Associations and Centres of Irish Studies (EFACIS); from 2006 to 2009 she was a Representative for Europe in the International Association for the Study of Irish Literatures (IASIL). Since 2013 she has served as Vice President of the Society for the Study of Contemporary Drama in English (CDE).

She is a member of the Editorial Board of JCDE (Journal of Contemporary Drama in English) and the Advisory Board of International Journal of Scottish Theatre and Screen.

Other recent publications are included in:

The Wiley-Blackwell Companion to Contemporary British and Irish Literature (2020)

Member of: “British Theatre in the Twenty-First Century: Crisis, Affect, Community.” FFI2016-75443-P Funded by the Spanish Ministry of Economy and Competitiveness (MINECO) 2017-2021.

Please keep in mind that we must allow time for consultation, revision and for the opponent to read your work. If I am supervising your BA or MA thesis the following deadlines apply:

For the summer exam period (June)

For the autumn exam period (September)

NB: I do not provide feedback on student work in July and August.

For the winter exam period (January/February)