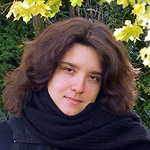 Senior lecturer in English Literature. Her research focuses on British Romanticism, primarily Byron. Her other academic interests include play theory, and Scandinavian literature, especially the Norwegian Romantic poet Henrik Wergeland. She has published articles in academic journals and essay collections abroad and in the Czech Republic and participated in conferences in the UK, Greece, Turkey, Germany, Belgium, France, Spain, Czech Republic and Norway. Her edited publications include ‘Tis to Create and in Creating Live.’ Essays in Honour of Martin Procházka (with Ondřej Pilný, 2013), two special issues of the academic journal Litteraria Pragensia: ‘Constructing Cultural Identities’ (with Martin Procházka and Blanka Maderová, summer 2010) and “Tears, Tortures and the Touch of Joy”: Byron in Italy (with Alan Rawes, spring 2014), a special issue of The Byron Journal (43: 2, 2015) on Byron and the Bible, and a special issue of AUC Philologica: Prague Studies in English 27 (1/2016, with Martin Procházka). She is the Editor of The Byron Journal (since mid-2019).

All essays and thesis chapters are due in e-form (Word).

For coursework essays (credit/zápočet), the deadline is 1 September of the same academic year you registered for the course.

Erasmus students submit their coursework essays ideally at least a week before their home university deadline for transcripts from CUFA.

“‘Hurl’d first out of and then back again to Chaos’: Byron’s Lucretian Regency.” Essays on Byron in Honour of Dr Peter Cochran: Breaking the Mould. Eds. Malcolm Kelsall, Peter Graham and Mirka Horová. Cambridge Scholars Publishing, 2018.