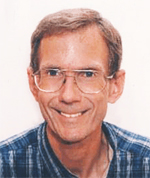 It is with great sadness that we announce the passing of our esteemed colleague and dear friend, Professor David Lee Robbins.

According to his wishes, a private farewell service was held for the closest family members.

David L. Robbins, Ph.D. in European History, Yale University, 1974 (doctoral thesis on “Anglo-French Radicalism and its program of “popular Enlightenment” through voluntary associations, 1800–1850”, thesis director Robert Roswell Palmer, thesis readers Peter Gay and Franklin L. Baumer), M.Phil. Yale University, A.B. Colgate University summa cum laude, was professor of history and associate dean of the College of Arts and Sciences at Suffolk University in Boston, USA, and later joined the English and American Studies/Anglophone Literatures and Cultures Departments at Charles University. At Yale, he was a Danforth Fellow and a Woodrow Wilson Fellow. He was also the recipient of a Fulbright Scholarship to University College, London (1968–69), and a Fulbright Lectureship to Charles University (1994–95). Prof. Robbins authored two books on the history of Suffolk University, and numerous articles and pamphlets on European and American intellectual and cultural history. He also steered Suffolk’s first honors program, and launched several study abroad programs for Suffolk, including those in Chongqing, Dakar, Madrid, and Prague.

For Charles University, Prof. Robbins taught, on average, one semester per year for the English and American Studies Department from 1998 to 2008, and continued to teach at the Department of Anglophone Literatures and Cultures from 2009 through Winter Semester 2021. His profuse research and teaching areas included the history of education and voluntary associations, U.S. Cultural History, C18 and C19 European cultural–intellectual history (history and literature), the American Renaissance and Transcendentalists (especially Emerson, about whose corpus of texts he was utterly devoted and wildly enthusiastic, particularly Emerson’s relation to Nietzsche and to Pragmatism, Thoreau, and Hawthorne), Czechoslovakia and East-Central Europe, African-American Literature and Culture, and Late C20 and C21 U.S. Fiction. An extraordinary teacher and a brilliant scholar, David Robbins made invaluable and stellar contributions to comparative American Literature and Historical-Cultural Studies during his tenure in Prague. His magnum opus, an illuminating and wide-ranging c. 800 pp. book entitled The Metaphor Will Hold: Emerson, Euroamerican Commutativity, Nominalism, Fictionalism, Nihilism, and Matinal Modernism, is forthcoming from the Karolinum Press of Charles University in 2023.

David Robbins’s magnanimous and modest demeanor, razor sharp intellect, and impassioned approach to his pedagogic and scholarly work were staples of his modus vivendi. He is survived by his spouse Marcela, daughters Melissa and Julie, his sister Terry, as well as by many colleagues, friends, and students, though his adventurous, curious, engaged, and open spirit lives on. David will be greatly missed.