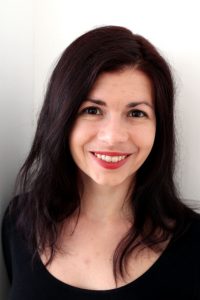 Academic assistant and researcher (KREAS), project manager of the H2020, MSCA ITN European Joint Doctorate (EJD) Project MOVES. Her research focuses on Scottish literature and culture, especially on modern writing in Scottish Gaelic (Derick Thomson, Sorley MacLean, Tormod Caimbeul, Ruaraidh Erskine of Mar). Her essays on modern Gaelic literature have appeared in various collective monographs and journals. She has co-edited three issues of Litteraria Pragensia. She has participated in conferences in Scotland, Canada, Poland, Germany, and France. She is the depute convenor for Europe of the International Association for the Study of Scottish Literatures.

If you are looking for an idea, I would be especially keen to supervise theses on the following authors / topics: