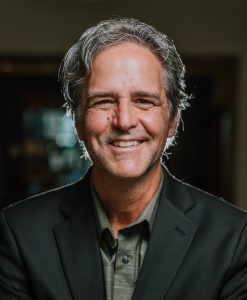 DALC is very happy to welcome to Prague Professor David Hicks, who is going to spend the summer term 2021/22 at the department as Fulbright Visiting Scholar. He will be teaching one parallel session of the compulsory BA course on American and Canadian Literature: Civil War to WWII, and an elective MA seminar on Early American Women Writers: The Origins of Feminism.

David Hicks, PhD, is the director of the Maslow Family Graduate Program in Creative Writing at Wilkes University.

David grew up in New York in a house with no books. He was a first-generation college student, and earned his doctorate in American Literature at NYU. He has taught at Pace University in New York, Marywood University in Scranton, and for twenty years at Regis University in Denver, where he won four teaching awards and was the founding director of the Mile-High MFA.

In his forties he shifted his career from a professor who occasionally wrote to a writer who occasionally professed. He published over a dozen short stories, eventually collecting and rearranging them into a novel-in-stories called WHITE PLAINS, published by Conundrum Press (now Bower House Books) in 2017.

WHITE PLAINS was named the #1 book by Colorado authors by Westword Magazine, a finalist for the Colorado Book Award, and the 2018 “Village Read” for the 600,000+ residents of Arapahoe County in Colorado. “A glowing set of stories,” Ron Carlson called it, “a book that reads like late-night messages sent from a friend” “A captivating debut,” said Leni Zumas, “a big-hearted novel about awakening—and reawakening—to love.” “This book is every single thing I want when I read,” said Flannery O’Connor Award Winner Lori Ostlund— “compassionate, hopeful, and beautifully written. David Hicks is a first-rate storyteller.”

David’s second novel, the Gospel According to Danny, is (even as we speak) being submitted to publishers by his agent, and he is currently working on a novella set in Prague.